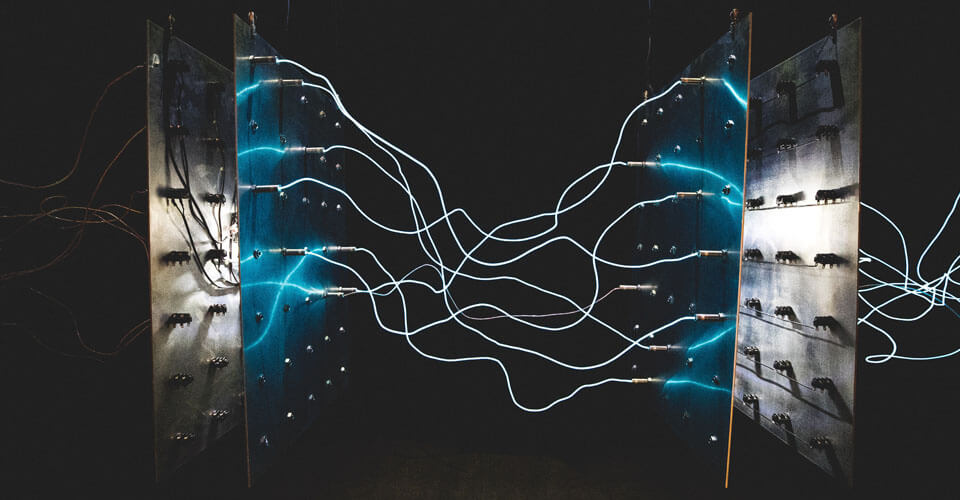 A lot of ink has been spilled in service of trash-talking the Bitcoin network and its energy usage. Blockbuster reports first appeared back in 2017 with doom & gloom headlines like, “Bitcoin Uses as Much Energy as These 47 Countries!”

It wasn’t a major ruckus at the time, but the fuss never fully dissipated, returning to the news cycle in ebbs and flows ever since.

Then, in 2021, the hullabaloo swelled to a fever pitch. The public backlash put pressure on companies that were exploring use of Cryptocurrency in their operations. Even Elon Musk, a staunch advocate of future-thinking tech like Crypto, capitulated with a tweet that shook BTC’s price down by 30% within hours:

On one hand I agree that we, as a society, should continually evaluate our consumption. Especially when it comes to energy production, which has historically disregarded the health of both our communities and the greater environment.

On the other hand, I feel that the Bitcoin network is being unfairly targeted here, which doesn’t surprise me. Bitcoin is a disruption. Disruptive technologies are always divisive and they are always vilified. At least for a while.

Hindsight is the ultimate vindicator. So, to some extent, Crypto enthusiasts just need to weather the storm until the proof becomes very obvious in the pudding.

At the same time, there are some serious flaws in some of the arguments that are being repeated over and over again. And, now that I’m involved in a project that involves both Bitcoining and energy production, I feel a sense of responsibility to push back just a little bit.

No, Bitcoin Doesn’t Have A Scaling Problem

Let’s begin with the argument that “Bitcoin will never work as a monetary system because it has a scaling issue.” It’s an attack on Bitcoin itself. Because if it doesn’t work as a money system, what’s the point?

Here’s how the argument goes:

#1 – The Bitcoin network consumes a lot of energy.

#2 – All that energy and the Bitcoin network only settles ~300,000 transactions per day.

#3 – Total energy divided by transactions equals an astounding amount of electricity per transaction.

Following this path of logic, scaling the Bitcoin network up into a fully functional monetary system would mean consuming more electricity than humanity could even produce.

It sounds bad when you put it that way. Fortunately, it’s a seriously flawed chain of reasoning. Here are the two big fallacies it relies on:

Most of the energy expended by the Bitcoin network is going toward minting new coins. Which means mapping all that energy usage to the transactions is simply bad math.

Plus, there’s a hard limit to Bitcoin’s supply. In 2140, there will be 21 million coins in circulation. After that, no more minting. Which means Mining hardware will only be focused on confirming transactions, and energy usage will drop.

FLAW #2 – OOPS, YOU FORGOT ABOUT SIDECHAINS.

One transaction on the Bitcoin network does not necessarily equal a single transaction between two parties. In fact, it could represent 1 million transactions between 2 million parties.

That 300,000 number doesn’t account for transactions happening on any of the numerous Crypto exchanges or on side-chains like Liquid and Rootstock.

It also doesn’t account for second layer solutions like Bitcoin’s Lightning Network, which can basically bundle hundreds of thousands (maybe even millions) of transactions into a single on-network transaction.

It’s another case of really really bad math being used to besmirch Bitcoin in lieu of confronting the energy-sucking institutions already entrenched in society.

I mean, Bitcoin uses less than 60% as much energy as the U.S. financial system—one of the many institutions that stands to be replaced by decentralized blockchain technologies.

When the coin issuance concludes, and the layer 2 options mature, and the energy usage drops through the floor, the choice between Bitcoin and antiquated fiat will be laughably obvious.

No, Mining Hardware Doesn’t Not Only Last for One Year

“Bitcoin miners aren’t profitable for very long. So do I just have to throw it away and get a new one every year?”

This isn’t an energy concern per se. More of a “too much electronic waste going in landfills” concern. Nonetheless, it relates to protecting the environment, so I’m guessing it gets used in the other circles to denounce Bitcoin.

But here’s the thing: last time I checked, five-year-old Bitmain S9s accounted for 30% of the network. That’s a respectable lifetime! Longer than most people keep their cell phones around.

And then there’s “Lifecycle Mining.” Even when old equipment on the front lines is ready to be replaced by bigger and better equipment, it’s not time to completely retire.

Outdated hardware can be installed in places where there is excess, and sometimes intermittent, power. The electricity is dirt cheap. And it’s going to waste anyway. Plus, it often comes from low-carbon sources like nuclear, wind, hydro, and solar.

No, Bitcoin Is Not Stealing Electricity From The Grid

Here’s a concern I’ve heard a lot more recently: Aren’t miners stealing energy that should go to the citizens who need it?

I think there is a growing sense of energy insecurity in the world. I get it. There’s a lot going on. But Bitcoin miners aren’t

Electricity is a fairly local resource. It doesn’t travel well. A lot of it is lost during transportation. Which is why the world has separate grids for separate population centers.

For that reason, Bitcoin Mining centers are usually located in places with an abundance of energy, and low population. Keeping energy costs low is necessary for a Bitcoin miner, so of course they are going to stay away from high-competition grids.

As I’ve already mentioned, Lifecycle Mining using off grid electricity. And I recently posted a full write up on how Bitcoin miners around the world are using electricity that would otherwise be wasted.

China was a pioneer (before the Great Migration) with their remote hydro, wind, and solar plants. Giant warehouses in Iceland are tapping into geothermal energy.

Here’s a good final example: Texas, the state with an independent grid that sputters anytime a winter gets extra cold, is welcoming Crypto miners in droves. Are they loading up a fragile grid with energy sucking hardware?

No, they’re placing Bitcoin miners in off-grid locations to capture energy that will never make it to the grid. Like on oil wells where methane is being flared. Or wind and solar farms where they can accept flexible loads of electricity when it isn’t needed elsewhere.

No, The Bitcoin Network Is Not Only Using Dirty Energy

It’s impossible to divine the exact sources of electricity that power the Bitcoin network. There’s simply no way to trace down every Mining machine and find what it’s plugged into.

But that doesn’t stop people from making wild guesses. “Bitcoin Mining is most profitable with a steady source of electricity, so they MUST be using more gas and coal!” I suppose that’s not exactly a wild guess, but it is a guess, nonetheless.

I think I’ve already presented enough evidence in this article to show that miners are not using the same types of energy that we use for most other things in our day to day lives. It’s reductive to simply map Bitcoin’s electricity usage to the CO2 emissions of a country that they’re installed in.

But beyond that, Bitcoin miners have made better use of eco-friendly, renewable power than almost any other industry. And they will continue to do so for the foreseeable future.

As Bitcoin grows, and Mining operations compete for the electricity on the fringes, it’s all setting to deliver a major jolt of innovation in the renewables sector.