Home
Blog
Bitcoin as Legal Currency in El Salvador: A Year In Review 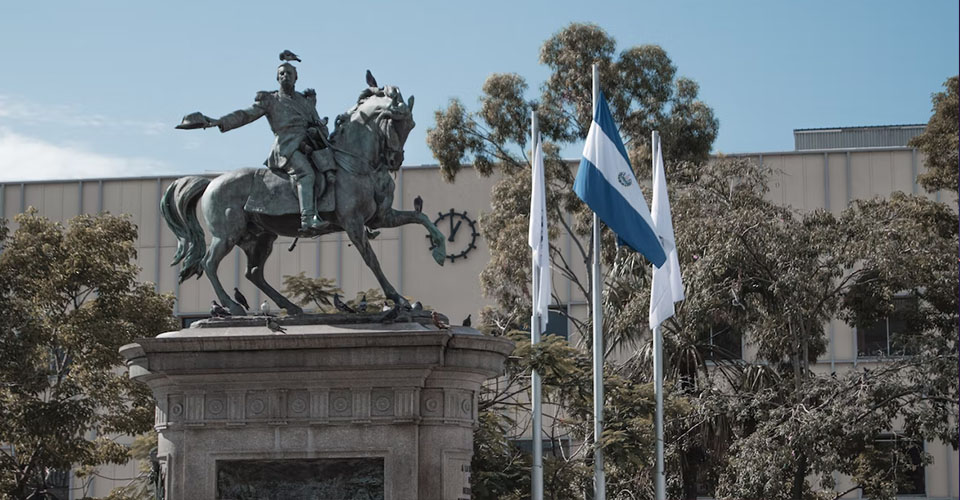 Bitcoin as Legal Currency in El Salvador: A Year In Review

On September 7th, 2021, Bitcoin became legal tender in the small country of El Salvador. The law, passed in June 2021, declared that Bitcoin would be considered legal currency with all the same rights and guarantees of regular money.

It was an obvious milestone for cryptocurrency, as it was the first time any country has fully endorsed a Crypto coin, much less turned it into official money.

The law passing was the culmination of President of Nayib Bukele’s confident campaign promises to fight crime and boost El Salvador’s economy.

Bukele has long voiced his support for the economic advantages provided by cryptocurrencies and the chance to use disruptive technologies to improve his peoples’ lives. (This law was a big promise in his campaign).

Obviously Bitcoin could be used to carry out transactions. But his hope was also to provide financial solutions to the unbanked and the impoverished.

People without credit or many assets could build collateral for loans and have a secure way to keep their money. El Salvadorans abroad would be able to send money back to their families more easily.

Simple steps forward, maybe, but important steps forward for a troubled economy. A transformed poverty class could very quickly turn around the economy of an entire nation, after all.

Bukele and the legislature also proposed that the bill would help prevent crimes such as money laundering and other criminal activity associated with money.

By putting Bitcoin on equal footing with regular currency, the hope was that people who have been using cash for these activities will also use Bitcoin, which provides a digital record of transactions, thus somewhat simplifying the process of holding them accountable.

A Few Of The Law’s Main Goals:

→ A government-backed cryptocurrency would be able to provide the same level of security currently provided by banks and credit card companies. This would protect consumers from fraud and identity theft while increasing their confidence in cryptocurrencies.

→ Citizens of El Salvador would be able to use cryptocurrencies to pay for goods and services without converting them back into fiat currency, which can be time-consuming.

→ El Salvador could attract new businesses by allowing them to accept payments in cryptocurrencies without worrying about bank fees or transaction processing delays.

→ The country could become a hub for cryptocurrency mining operations because it has very cheap electricity rates compared to other countries around the world, which makes it an attractive place for these operations to set up shop and mine for coins such as bitcoin or ether.”

→ The Central Bank of El Salvador (BCS) announced that it would begin accepting bitcoin payments for all its services immediately. The BCS also began working on creating its own digital currency that can be used by citizens and businesses alike.

→ The El Salvadoran government would encourage the usage of Bitcoin by waiving all fees associated with using the Chivo app and withdrawing funds from Chivo ATMs.

The true pros and cons of El Salvador’s law are for someone to analyze far in the future. It should be no surprise that the law did not fully rescue deep-seated criminal and economic woes within a year. But that doesn’t mean there aren’t lessons to be learned.

So this is a quick, one-year anniversary review of a few pluses and minuses of El Salvador’s Bitcoin law.

First, A Couple Of Cons

Nationwide adoption of Bitcoin and the Chivo app has been underwhelming. In a recent survey, more than half the population reported never having used any electronic payment while purchasing goods or services.

More than half of Chivo’s active users have never withdrawn cash from an ATM connected to the Chivo network. And the average amount of out-of-country payments and transfers, whether sent or received, still leans slightly in favor of dollars than in Bitcoin.

Also, with Bitcoin’s price dip, El Salvador’s BTC stores have lost about $62 million of value (although the Minister of Finance, Alejandro Zelaya, emphasized that there is no true loss as long as their coin holdings aren’t sold at a loss).

Critics have been quick to point to the struggling Crypto market as proof that El Salvador’s experiment is a failure. But the decision to accept Bitcoin as legal tender in El Salvador has led to quite a few improvements in the country:

According to Minister Zelaya, Bitcoin has boosted financial access to a primarily unbanked populace. And though the usage numbers of the Chivo wallet have been underwhelming, four million users is not insignificant.

Plus, the ability to cheaply send remittances via Crypto has forced banks to drop their fees significantly. With over $100 million sent home from El Salvadorans living abroad, money saved in fees is no small achievement.

Most impressively, tourism has surged 82% in the last year. A huge success for the economy as foreign investment and tourist money gives it a boost.

A year is a small, and arbitrary measure of time to make sweeping conclusions about whether or not Crypto has a place as legal tender for a country. But, as a testing ground, El Salvador’s experience has been rich with lessons learned about regulation, adoption, and Crypto usage on a large scale.

There are new, ambitious efforts underway to establish a regulatory framework for cryptocurrencies, which will likely include requirements for Know Your Customer (KYC) and Anti-Money Laundering (AML).

El Salvador has also ensured that businesses accepting cryptocurrencies have sufficient control to protect their customers from fraud and theft. One example is an effort by El Salvador’s public prosecutor’s office to combat money laundering through cryptocurrencies by seizing assets from those who fail KYC/AML compliance requirements when making purchases using digital currencies.

These advances illustrate how a government can take an active role in supporting the development of cryptocurrency technology within its borders, even when it doesn’t have complete control over the money supply.

The Future of Finance in El Salvador, and Beyond

I think it’s impossible to deny that the future of money looks very different than it does today. And I think Crypto plays a huge part in that transition.

A look at El Salvador’s progress is a sneak preview of how a government can strive to innovate and improve an economy via technology and Cryptocurrencies.

With the quick adoption of online banking and mobile payment systems, we’ve long stopped thinking about money as something tangible that must be in our hands or in a vault in a bank.

Money is information. Money is a representation of value. And if we really start leaning in, we can completely transform our economies for the better.

1 thought on “Bitcoin as Legal Currency in El Salvador: A Year In Review”

Blueprint For Running A Remote Team

Running multi-million dollar launches from just my laptop and a cellphone, requires a lot of careful planning and preparation. You have to know your weaknesses, you have to find your perfect role, and you have

Have you ever attended a Mastermind?

Have you ever attended a Mastermind? Do you even know what a Mastermind is? Imagine this: A collection of entrepreneurs coming together for several days at a time with the sole purpose to exchange ideas

In the middle of a $2 million launch, my team and I were facing some frustrating results. And after working long days and long nights I could see the burnout starting to creep in. As

Most digital marketers follow the Product Launch Formula. It’s popular. It’s time-tested. And it’s so overdone that audiences have become numb to it. I don’t like doing things other people are doing. I like to

Read More »
2022 © Daven Michaels
Menu
This Course Is Invite Only