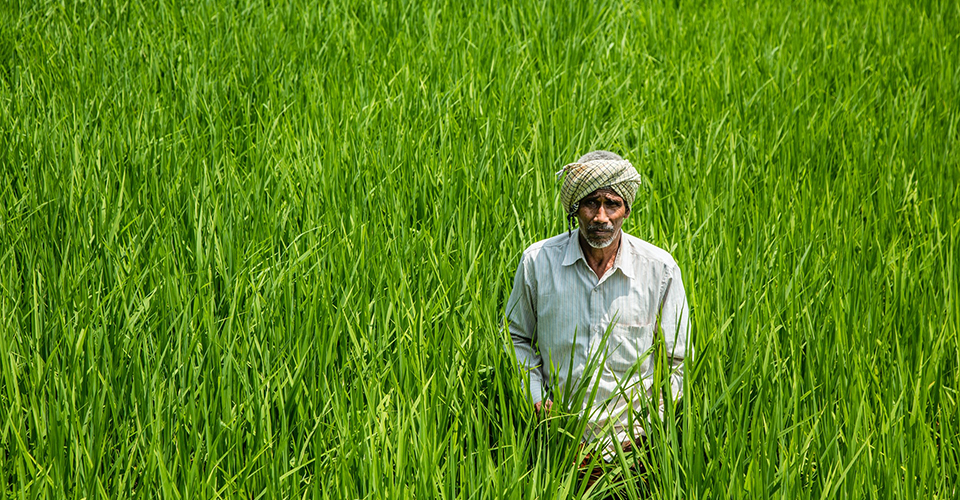 Farmers in India are desperate.

I’m sure you’ve heard. Maybe you even watched them on the news as they organized massive demonstrations and marched across the country.

They were protesting against 2020 “farm laws” that were aimed at deregulating the agriculture industry.

The purpose of that legislation was to restore competition to produce markets, hopefully leading to better prices for the farmers. But the farmer unions were skeptical, fearing that the devil they knew would be replaced by something even worse.

So they fought. And they won. And the new laws were repealed.

The victory, however, is hollow at best. They fought for more than a year just to keep their situation the same. A situation that can only be described as dire.

Here are a few statistics to paint the picture:

Like I said, farmers in India are desperate. And it’s going to take more than a few inspired pieces of legislation to pull them back from the brink. It might even take a complete overhaul of India’s agriculture industry. A tearing down of deep-rooted institutions. A decentralization of money and power.

I’m not an economist, or an experienced farmer, or a policy expert. But to me, To me, that sounds like a job for Blockchain technology and Decentralized Finance (DeFi). Which just might be the most powerful tools we’ve ever had in our fight against poverty.

Where are we on eradicating poverty anyway?

Eradicating poverty has been the developed world’s pet project ever since humanity went global. And for good reason. Poverty is the root of so many of society’s struggles. Hunger, disease, crime, and violence are all inextricably linked to the lack of wealth and resources.

It’s hard to believe we haven’t solved this problem yet. Our food supply chain is global. Our technology allows anyone to reach anyone, anywhere. And we even have billionaires tweeting out grand promises:

If WFP can describe on this Twitter thread exactly how $6B will solve world hunger, I will sell Tesla stock right now and do it.

Despite all the progress, the global poverty reduction curve is flattening out. Food insecurity is still prevalent around the developing world. As far as we’ve come, it looks like there’s still a long long way to go.

There are a lot of really smart private-sector people working to solve the poverty problem. That includes (at least) tens of thousands of non-profit organizations aimed at easing the strain of poverty. But non-profits are limited by the amount of money they can fundraise from concerned citizens or win from grants.

There is also a new class of for-profit organizations trying to combine business with humanitarianism. You’ve heard of the Toms “one for one” model with the shoes they sell. Many similar businesses have sprouted up across the world.

The last line of defense against poverty, or at least where the buck stops for modern-day societies, is a nation’s government and whatever safety net it chooses to weave. And there is strong data that correlates quality, well-trusted government services with higher per capita incomes.

But governments are rarely well-trusted. And their services are often rife with bureaucracy, corruption, or just plain bad ideas. It seems like something gets lost sometimes when you remove the competitive environment and put the government in charge.

Either way, it comes as no surprise that a poorly conceived government institution has been the primary source of Indian farmers’ hardships.

The first regulations on India’s agriculture markets were placed in 1886, by the British, while India was still under colonial rule. The spirit of those regulations stuck around, even through independence. And by the 1970s, most state legislatures in India implemented their very own Agricultural Produce Market Committees (APMCs).

The APMCs were designed with a noble purpose: to ensure farmers get a fair price for their produce, to protect them from being exploited by money lenders, and to eliminate their marketing expenses. Unfortunately, the mechanism that APMCs rely upon has had a nearly opposite effect.

APMCs require all produce to be sold in a regulated market, at auction, to a small number to licensed intermediaries. It didn’t take long before those licensed intermediaries began colluding around rock-bottom prices. In the end, the APMCs created a cartel-like monopsony that made it nearly impossible for most farmers to break even.

Institutions cannot be replaced… or can they?

Ironically, these APMCs and their regulations are the exact institutions that the Indian farmers were fighting tooth and nail to save.

Why protect an institution that isn’t acting in your best interest? The answer, I’m sure, is complicated. But, at some point, a citizenry needs to trust its government to do its job. As much as we like to complain about our public officials, we actually need them and their regulations to protect property and conduct business.

For example, as it relates to conducting business, we rely on government regulations to enforce private contracts. The honor system isn’t good enough. Without that oversight, there’s not much to stop bad actors from reneging on agreements, defrauding customers, and engaging in other such bad for business behavior.

If only we had an automated, secure system that could secure private contracts without needing any heavy-handed government intervention…

The Blockchain can both authenticate a sender and validate the currency being sent. Transactions on the Blockchain are entered onto a publicly accessible “shared ledger.” And each transaction includes a unique “digital signature” that prevents the ledger entry from being altered by anyone for any reason.

That all happens digitally, quickly, without needing “trust,” and without a middle man. Not only is the Blockchain more efficient than the government. I would go as far as to say that Blockchain transactions are more secure and reliable than any contract “protected” by a government.

Plus, the advantages of Blockchain don’t end there. Decentralized cryptocurrencies have vast advantages over traditional fiat money. And transparency from the shared ledger is a huge anti-corruption protection.

Eventually, Blockchains and Cryptocurrencies are going to replace a ton of entrenched, inefficient institutions in our governments. But for now, let’s look at how a switch to the Blockchain might benefit farmers, specifically.

So let’s put farmers on DeFi!

What if we installed a farmer’s entire operation on top of a Blockchain? Everything from startup capital, to crop planning, to surviving famine or flood, to finding buyers for their harvest.

We could give them access to capital and enable higher quality produce. Investors could share risk and take a huge weight off the farmer’s shoulders. And we could plug farmers directly into a powerful, global supply chain that bypasses middlemen and gets them the most competitive prices possible.

How would it all work?

Let’s imagine, for example, a farmer with a small mango farm. This farmer barely squeaks by, year after year, because mango prices have been suppressed by the market traders and all of his profit gets eaten by interest owed to money lenders.

Let’s put him on a DeFi platform that allows investors to buy shares in his next harvest. It turns out, seasonal fruits like mangoes can make big money—once up and running, mango farms can provide year-to-year returns of up to 200-300% on total investment—so investors are interested.

The farmer receives a chunk of risk-free investment capital that he can use to upgrade his equipment and better care for his crops.

It’s already a major life improvement for the farmer, who rests easy at night knowing that he’s no longer risking his livelihood (and even life) if extreme weather or other such catastrophe hits his crop.

One major hurdle to success remains: the market “cartel” (empowered by the APMC) is still keeping prices artificially low. For the farmer to turn a healthy profit, which he’ll share with his investors, he’ll need access to competitive prices.

For that, he’ll need to interact directly with a decentralized supply chain, where he can access wide distribution networks and take competitive bids for his produce.

Instead of taking his mangoes to a local auction, and getting stuck with whatever bid gets thrown his way, the farmer can connect his produce with global demand. The blockchain will help him authenticate the quality of his produce, and sell it for its true value.

The upside could be massive

A lot of digital infrastructure needs to be built for this to work. And there would need to be complete buy-in from both the government and farmers. But the upside would be massive.

42% – 50% of Indians are employed by the agricultural industry. In a country that counts its population by the billions, that is a huge group of people, and it would be a major humanitarian accomplishment.

It would also be a major economic boon for businesses around the world. If India could lift the poor farmers out of poverty, those farmers would become the most lucrative consumer market the world has ever seen.

And we don’t have to stop with India. According to FINCA International, “More than 75 percent of the world’s poor populations live in rural areas and depend on agriculture for their livelihood.”

The domino effect from improving the lives of struggling farmers around the globe would be a knockout punch to poverty. And it would create a fertile new class of consumers for businesses everywhere.

Yes, this is just the beginning of an idea, nowhere near an actionable business plan. But it doesn’t seem like a longshot to me. Blockchains and Cryptocurrencies and Smart Contracts and DeFi platforms are proven technologies that are becoming more useful and agile and extensible every single day. All we have to do is think big and take action.

PrevPreviousNFTs, Music, and Monetizing Yourself With Crypto – a Conversation With Mru Patel
NextBitcoin Mining Isn’t As Bad For The Environment As People Say It IsNext