Home
Blog
NFTs, Music, and Monetizing Yourself With Crypto – a Conversation With Mru Patel 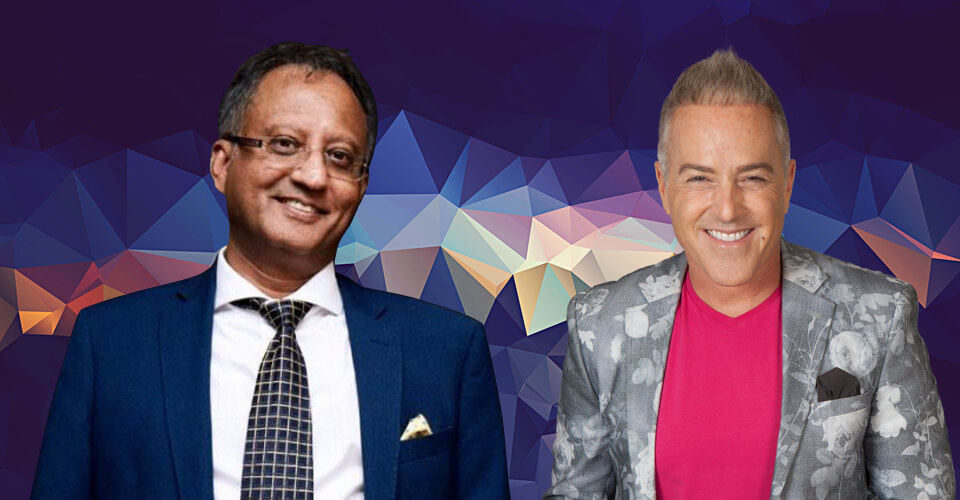 At the World Blockchain Summit in Dubai (October 2021), I was brought up on stage to fill some extra time with the great Mru Patel.

We talked about how musicians (or anyone with a platform, really) might start monetizing themselves and their brands by selling NFTs.

And we discussed how tokenizing assets can be a really lucrative revenue stream, if done correctly, especially for musicians and authors who are struggling to build wealth via meager royalties or album/book sales.

Mru is a true visionary, a kickass entrepreneur, and a genius when it comes to the Crypto revolution. Every chat I have with him is full of inspired gold nuggets of value. Even quick, impromptu conversations like this one.

I hope you enjoy it!

(The following conversation was lightly edited for length and clarity).

How do you see NFTs impacting the music industry? And how do you think musicians, producers, and the music community will use NFTs to add additional revenue streams?

When I was in the music business we charged $18 for an album. Which really created a lot of revenue because only about half of that would go to distribution, and the rest was on the table. Artists would get some, and the rest would go to the producers, and the record labels. We all made a lot of money.

Then Napster came out and 50 million people were downloading free music in the blink of an eye. The music world went completely free for years. But then this amazing company came along and managed to get people to pay again. That company was called Apple. And they changed the game.

I want you to really think about that. When something becomes free, and then someone comes around and says, “Hey, I want you to start paying for that again,” that’s almost impossible to pull off. But Apple designed a user experience that was so brilliant that people started paying for music again.

And that’s similar today when you look at Crypto and side chains and follow where the money is flowing. It’s moving towards UIs that are awesome. Whoever creates the best user experience wins this game, in many of the cases.

But back when Napster first came out, I bounced from the music industry. I started producing television, and then moved on to what I do today. All because I saw the writing on the wall. I thought the music business might totally evaporate—it didn’t, but it definitely did shrink. Revenue is so much smaller these days than it was when I was still producing.

But NFTs have come around and they are ready to change the game again. It’s a new income channel for musicians (or any public figure, really). And, at least for now, it’s a pretty big income channel.

Here’s where I see the vision—and part of this I’ve already started building into a platform called MyTokenizedCapital, which we won an award for 5 months ago in Dubai—but I see musicians who, because of iTunes and Spotify and other such services, are working so hard just to get small bits of revenue in terms of royalties. Instead—and this is happening now with lots of people like Kanye West trying it out—musicians need to start monetizing themselves.

My mantra is: Be the coin.

These musicians have Instagram and Facebook and YouTube and blah blah blah, all these social media channels where they create their following. And they have photographs of themselves doing whatever as a musician, and they have music, and clips of live gigs or working in the production house.

So the vision that we’re building—-and it’s nearly finished—is these are all little assets that musicians’ crazy fans would pay for. These things can be created as memorabilias and it gives them a new, bigger revenue stream.

Do you think musicians would like to take this up, Daven?

Oh, for sure. And it’s already starting. Let me share this idea with you…

Back in my day, in the old days, we would sell records to make money. Today, we have all-you-can-eat music. So now artists are always thinking about the royalties, and they’re hoping to get enough plays on the streaming services to make them rich. But for 99.999999% of musicians, that’s not going to happen. They’ll never have that kind of volume.

Actually I’d like to connect a personal story as an analogy for this.

I’m an author, and authors always think that their book sales are going to make them rich. The highest selling book I’ve written—my ninth book, the one before last—became a New York Times Best Seller and it moved a lot of volume.

Back then I owned an outsourcing company with about 1,000 employees—the business that I sold recently—and I wrote a book on outsourcing that we could use as a marketing and education vehicle to grow the business.

We started selling the book for $18, and that lasted about half a year.

And you know what happened? We gave away 100,000 copies of that book and, in return, we made $18-19 million from the buzz and awareness we created.

It’s the same thing for musicians. They can use their music to sell NFTs, along with any other type of products.

I want to note that I really don’t like the word “NFT.” I like to call it “tokenizing any asset.” It could be a building, yacht, car, book, music, photograph, it could be anything. It could be your blingy shoes, just because Daven has worn them. It could be anything that’s unique and is classified as an asset. In the book world, excerpts of the book can be tokenized.

Now most of my books were written only for charity. They were not written with money in mind. It was branding, awareness, things of that nature. Because it’s a known fact in the book world, 95% of authors will never sell more than 1,000 copies.

But you can still use it as a brand. You could even turn your name, photograph, book excerpts, or whatever into “NFTs” and then give them away for free! Because, like you did Daven, you can always get the monetization on the backend sales of whatever it is that you sell from your company or consultancy. Because that’s how you build a huge, viral community.

It’s the Whatsapp model. It was free to use, and then it was sold for almost $20 billion.

The model in NFTs is changing.

That’s a good point to hammer home here: give away your best stuff for free, because when people are getting your stuff for free, and it’s incredible, they’ll think, ‘Oh what will I get if I pay for it?’”

PrevPreviousBitcoin Isn’t the Culprit Behind Energy Waste, but It Is One of the Solutions
NextEradicating Global Poverty with BlockchainNext

20 thoughts on “NFTs, Music, and Monetizing Yourself With Crypto – a Conversation With Mru Patel”